Ugo Ndem-Chijioke and Oghenebrorhie Emuophedaro are two straight As’ students from humble backgrounds in Nigeria who became winners of the University of Toronto MasterCard scholarship in 2015 and 2016 respectively. ‘Brorhie as he prefers to be called and Ugo, both undergraduate students of Chemical Engineering, share their hurdles and experiences of winning a scholarship in this fun interview with After School Africa.

Did you know each other from Nigeria or you met in Canada?

Both: We met in Canada.

Ugo: It was through a scholarship site which I stumbled upon on Facebook.

Brorhie: I was really not looking for scholarships. I was simply applying for admission into several schools and a scholarship is just something I thought would come with my gaining admission into a school. Then one day, my mother saw the MasterCard scholarship and asked me to apply for it. 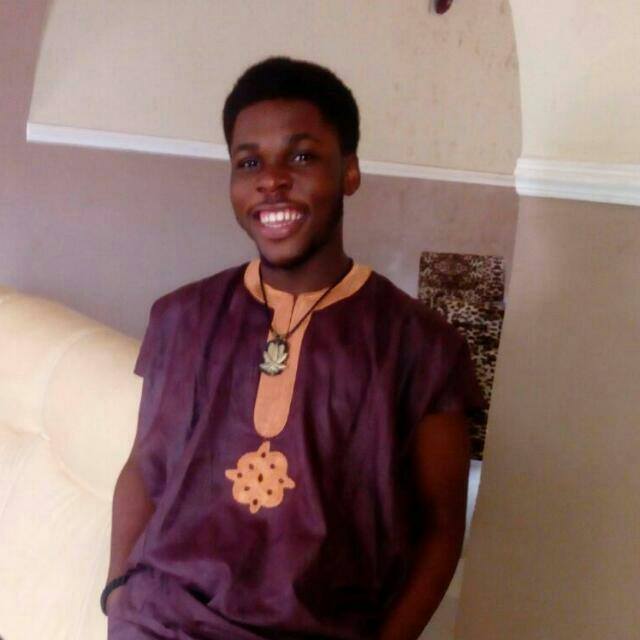 Why did you select Canada?

{To Brorhie}: Was that the only school that accepted you?

Brorhie: No. Out of 17 schools, I gained full admission into only 4 of them. The University of Michigan, University of North Texas and another one I cannot remember at the moment were the schools in the US that accepted me. Then the University of Toronto in Canada too.

{To Ugo} Why did you select Canada?

Ugo: Like him (Brorhie), Canada wasn’t my intentional choice. I was in 100 level at Obafemi Awolowo University, Ife but I knew I wanted to continue my education abroad and then one day, I saw an advert about the scholarship on Facebook and then I applied. That was the only school abroad that I applied to and got admission in. I applied in 2014, got a response from the school in March 2015 and by September 2015 I began in my new school.

Wow. That must have been a proud moment for you.

Ugo: Yes it was. I felt great when I got my letter of admission. I was happy. My family members were happy for me too but they were sad that I would have to leave Nigeria. They expressed some concerns like “it’s too far” or “hope she doesn’t get kidnapped!”

{To Brorhie}: How did you feel winning this scholarship?

Brorhie: When I got the message that I was a finalist of the University of Toronto MasterCard scholarship, I was happy. I guess my mother was the happier of the two of us.

What were your exact thoughts before you applied for the scholarship? Did you think you were going to win it?

Brorhie: I don’t know. I was just applying and spreading my net. Like I said earlier, I applied to as many as 17 different schools. I was not thinking about winning or losing.

Cartier Women’s Initiative Awards 2023 for Women Entrepreneurs (USD100,000 to a winner from each region)

Ugo: it wasn’t something I was thinking of at that moment. Losing I mean. I simply made sure my application was in order and I believed I would get the scholarship.

So what was it about you that made you win this scholarship?

Ugo: One thing that mattered a lot in my application was my essay. In fact many foreign schools use a candidate’s essay a lot to determine the student’s qualification. In your essay they want to see that you are interested in giving back to Africa. I think I am passionate about how I want to give back to my community after studying at the University of Toronto and that’s probably what the scholarship officials saw.

I also love to teach. I used to volunteer to teach students and I put all that in my essay. So generally, extracurricular activities actually helped to beef up my essay.

Brorhie: That and good grades. My WAEC result contributed a great deal to my winning this scholarship. I had all As’ in my result. Then in my essay, I had a lot of extra-curricular activities and I think that’s the kind of thing scholarship officials want to see. Back home, I used to be involved in track and field events and then I also played musical instruments in my church. Penning down social activities that you are involved in gives the scholarship officials a sense of who you are.

Another thing that may have gotten me this scholarship is what Ugo mentioned and that was my desire to develop Africa in return for the scholarship. So I think thoughtfully writing my essay and putting all these necessary things in it went a long way.

What are your long-term goals and how will study at the University of Toronto enable you reach your life goals?

Ugo:  I want to give back to Africa so after my schooling here I would like to set up an organization for girls. There is a serious dearth of STEM education for girls in Africa and we need to fill that space. Girls in Africa need to know that they can be what they dream to become. They need to know that they can also study science subjects like mine (Chemical Engineering). So studying at the University of Toronto through the MasterCard scholarship will expose me to practical ways of how things are done in a developed world. I would want to take all my experience back to Africa so I can contribute to development in my little way.

Brorhie:  When I was much younger, I was interested in learning about why there is no proper growth in the oil and gas industry. Now I think my plans have metamorphosed into bigger things. I have a different dream now but I am still thinking about the best way to solve the issues of my beloved continent.

What advice or encouragement will you give to students who are searching for scholarship?

Ugo: Well if you know that you would want a scholarship in future, you should prepare early to get it. You cannot just wake up one morning and say that you want to apply, you know. A student will start from the beginning to study hard so that he/she can get good grades that will stand out and qualify him/her for anything like a scholarship for example.

Also, concerning your scholarship essay, make your essay shiny.  You must have a well written essay. In your essay, the scholarship officials want to see that you have been involved in extracurricular activities so the best way to go about this would be to volunteer for relevant programs in your community.

Before we go, what do you think about ASA?

Ugo: I think what After School Africa is doing is very great. One thing they can work on is compartmentalizing their scholarships to maybe suit some age groups; for example scholarships for undergraduates… (Brorhie cuts in) They have that already.

Interviewer:  Yes we do (General laughter).

Brorhie: I think my last words will be to African youths to tell them to put themselves out there and never stop dreaming.

Ugo: Yes. The youth of Africa should believe. They should believe in themselves that they can be anything they want to be and the opportunities for them to reach their goals actually exist.

Cartier Women’s Initiative Awards 2023 for Women Entrepreneurs (USD100,000 to a…

Absa SHE STARS Program 2022 for Women Entrepreneurs in Kenya

May 25, 2022
Are you a university student interested in pursuing a career in the professional services industry? If so, go on…

May 25, 2022
The 3 months virtual and site-based internship applications are now open. Calling on Graduates in the East and…

May 25, 2022
TWAS in collaboration with SN BOSE is offering fellowship opportunities to citizens of developing countries who…

Ifeoma Chuks May 9, 2022
Have you been looking for graduate opportunities to study in the USA? Issue is, scholarship is a very popular…

Tech Nation Visa: How to Apply for New UK Visa for Tech Talents

May 2, 2022
Tech Nation Visa: How to Apply for New UK Visa for Tech Talents When is Application Deadline? Ongoing …

Apr 22, 2022
If you have your letter of admission with you, you need tips for surviving in a new country. You are quite eager…
Popular Categories
More Stories

Cartier Women’s Initiative Awards 2023 for Women Entrepreneurs (USD100,000 to a winner from each region)