Nominate a Young Person for the Commonwealth Youth Awards (GBP5,000) 2022

Is it you? Nominations are now open for the 2022 Commonwealth Youth Awards for Excellence in Development Work. Apply now. 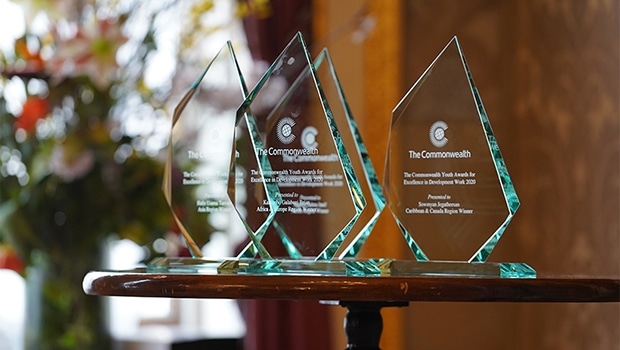 To be taken at (country): UK

About the Commonwealth Youth Awards:

The aim of the awards is to celebrate the outstanding contributions by young people delivering development and progress in Commonwealth countries and communities towards achieving the Sustainable Development Goals (SDGs).

“As well as being a global health emergency, the COVID-19 pandemic is resulting in social and economic crises which are severely affecting young people and have far-reaching consequences for their lives and future careers.

“Yet even in these times of such uncertainty and upheaval, we are inspired by young people whose imagination and leadership are helping to mobilise positive responses so that our nations and communities can build back better and with greater resilience.”

She added: “The awards are a golden opportunity for these heroes, and those who work with them, admire them or benefit from what they are doing, to put forward their innovations and initiatives for recognition by the Commonwealth and to bring them to global attention.

“By sharing their inspiring example far more widely, we and many millions of people of all ages worldwide will learn about new and practical ways to deliver a safer, fairer, more inclusive and more sustainable future for all.”

Eligibility: The young people who will receive the Commonwealth Youth Awards should demonstrate measurable/tangible impact through their development work.

To submit an entry, an applicant must be:

Nominees must show a strong track record of implementing impactful development work which contributes to at least one of the 17 SDGs.

To be eligible for the additional QCT prizes, applicants must be aged 18 to 29 years old, and the founder or co-founder of a social enterprise.

Selection: Young leaders from across the 54 Commonwealth countries can enter five regional categories:

A pan-Commonwealth panel will judge the entries based on the impact, sustainability and level of innovation.

Young people from the 54 Commonwealth countries can enter five regional categories: Africa, Asia, the Caribbean, Europe and Canada, and the Pacific.

An independent pan-Commonwealth jury will judge the nominations based on their impact, sustainability and innovation.

The jury for the Commonwealth Youth Awards will shortlist 20 finalists, who will each receive a trophy, a certificate and £1,000 in cash, and from them, five regional award recipients will be chosen and will receive an additional £2,000.

One of the regional award recipients will be accorded further recognition as Commonwealth Young Person of the Year and a total cash prize of £5,000.

To mark the celebration next year of the Platinum Jubilee of the Head of the Commonwealth, Her Majesty Queen Elizabeth II, the Queen’s Commonwealth Trust (QCT) has joined as a partner to offer to a selected applicant two years of flexible funding of £20, 000 a year, as well as coaching opportunities and organisational development support.

The finalists and regional winners will be announced during Commonwealth Week in March 2022.

How to Apply for the Commonwealth Youth Awards:

Dec 3, 2021
The ACCA Africa Scholarship Scheme has been created to support the progression and career of academically…

Dec 2, 2021
The Amujae Initiative, the EJS Center’s flagship program, is currently accepting applications to join its 2022…

Dec 2, 2021
Santen’s Action for Inclusion One Young World Scholarship 2022 When is the Application Deadline: 7th…

Emmanuel Onalo Nov 29, 2021
One of the greatest motivating factors that propel people to accept a job offer is the salary incentive/wage. Here…

10 Importance of Mass Communication and its Courses.

Oct 27, 2021
Mass communication involves so many disciplines and incorporates vital elements of related fields like strategic…

10 Reasons Why Studying Economics is Important

Oct 26, 2021
In this article, we'll be discussing the importance of studying economics. There are a variety of reasons a…

15 Best Apps That Can Pay You Real Money

Oct 22, 2021
These apps can apps that can fetch you good money. They can be downloaded on your iOS and Android phones where the…

Why Did You Choose Your Course? – 10 Reasons Why you Need to Answer…

Oct 20, 2021
It is important to know why you chose a course but do not ignore the fact that your choices would be inspired by a…
Popular Categories
More Stories