To be taken at (Institution): University of Oxford 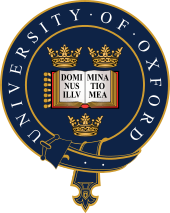 Applications for one month visits will be considered, but applications for visits of over one month where a source of co-funding or additional funding has already been secured or identified will be prioritised.

Applications for new collaborative projects between Oxford and South Africa are particularly encouraged.

Exchange applications from graduate students or for the sole purpose of attending a conference (or similar short event) will not normally be considered.

Scholarship Benefits: Grants may be awarded up to the cost of a return flight (up to £850) and one month of living expenses (£1200 for visits to South Africa or £1600 for those to Oxford).

How to Apply: Applications for grants from the Fund should include:

For visitors to Oxford, your host should also confirm in the letter that they will assist in arranging suitable affiliation to a college/department and access to any necessary research materials. The host should also assist in finding you accommodation in Oxford.

Applications should be sent as a single pdf document containing all elements requested.

The Oppenheimer Fund accepts applications twice a year. The next deadline for applications will be 31 March 2020. Applications and enquiries about the Fund should be sent to:

Visit the Scholarship Webpage for Details

Oct 22, 2021
The Anzisha Prize seeks to award young entrepreneurs who have developed and implemented innovative solutions to…

Oct 22, 2021
It has been agreed upon that DAAD cooperates with Tanzanian-German Centre for Eastern African Legal Studies by…

Nathaniel Azamosa Oct 22, 2021 23
These apps can apps that can fetch you good money. They can be downloaded on your iOS and Android phones where the…

Why Did You Choose Your Course? – 10 Reasons Why you Need to Answer…

Oct 20, 2021
It is important to know why you chose a course but do not ignore the fact that your choices would be inspired by a…

Top 15 Affordable Nursing Schools in the USA and Their Tuition Fees.

Oct 20, 2021
Study Nursing in USA International students who will be looking for affordable Nursing Schools in the USA in…

10 best ways on how to make money from your phone

Oct 16, 2021
With the advancement of technology, everyone is using a smartphone with either an iOS or Android enabled operating…

Oct 15, 2021
One of the greatest motivating factors that propel people to accept a job offer is the salary incentive/wage. Here…
Popular Categories
More Stories