The Federal Government, through the Presidential Scholarship Scheme for Innovation and Development has rewarded 101 candidates, with 1st Class degrees,  scholarships to study up to PhD level in 25 top universities abroad. The candidates were selected in the fields of sciences, basic medical sciences, biology, economics, technology and medicine.

Presenting the awards to the beneficiaries on Monday in Abuja, the Minister of Education, Prof. Ruqayyatu Rufa’i, said the event was a celebration of “yet another milestone in the development of the education sector’’.

Rufa’i said government was confident that by awarding scholarships to deserving candidates, it was sowing a seed that would be of tremendous benefit to the country.

The `Presidential Scholarship Scheme for Innovation and Development’ was instituted by the government as part of efforts to achieve the Vision: 20:2020 and government’s transformation agenda.

The minister said the scheme was meant to select candidates who had excelled in specified disciplines such as sciences, basic medical sciences and special aspects of biology, as well as economics, engineering, technology and medicine.

“The Federal Government plans to develop a critical mass of professionals who would serve as catalysts of change and agents of scientific and technological advancement, as well as sustainable economic development.’’

“For the first time in Nigeria, we have carried out a selection process that is based purely on merit. Mr President’s instruction was very clear from day one; that merit, and merit only, be the criterion for selecting the awardees,” Rufa’i said. 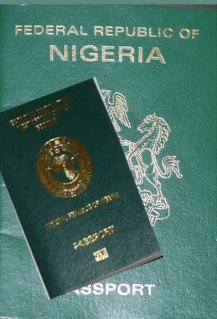 Of the 1,300 candidates who applied for the scholarship, 449 were shortlisted and invited for the computer-based test. Only 101 of them could be accommodated because of limited spaces being a maiden scheme.

The minister, however, warned that government would not hesitate to withdraw the scholarship of any beneficiary found to be involved in any act capable of denting the image of the country.

The minister said the offer included tuition, accommodation, transportation, living expenses and local travels, adding that the breakdown would be known when the awardees received their admission letters.

The News Agency of Nigeria (NAN) reports that the minister presented letters of awards to the successful candidates made up of 20 females and 81 males, including a physically-challenged person.

7 Ways to Make Professional Connections as an Online Student

10 Important Reasons Why You Should Study in the UK

Sarah Aboje Jan 24, 2022
The United Kingdom is a great study abroad option for international students - These facts would help you in your…

Jan 24, 2022
Are you passionate about studying Engineering in Canada but do not know the best engineering schools in Canada to…

Jan 24, 2022
The Mark Wainberg Fellowship Programme, an initiative of the IAS Educational Fund,  is aimed at contributing to…

After School Africa Jan 13, 2022 0
Looking for masters scholarships in USA? Look no further, we have put together a comprehensive list of…

Free Tuition Universities in Canada – Do they exist?

Jan 2, 2022
Looking for scholarships in Sweden for international students? You just found it. Swedish government ceased to…