Update: I shared this experience a long time. And it’s been long buried down the archive. I’m re-sharing it knowing a job seeker somewhere will be inspired reading it.

Early 2009, on a Wednesday morning, desperately in need for a job, a friend told me about a job vacancy for a Safety Officer, with an interview to be held on Friday (in two days). I quickly called the recruiter and asked if it was possible to submit my resume the next day. “Well you can submit your resume, though we can’t guarantee anything.”, he said. I hardly knew the first thing about industrial or company safety, let alone the job responsibility of a Safety Officer (at least I knew a safety office is responsible for the safety of work environment). I decided to give it a try, with my friend’s encouragement. 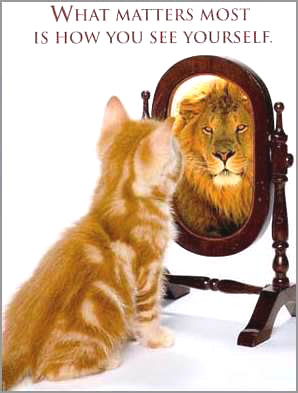 I had two days to customise my template fresh graduate resume to focus on safety job specification, to submit and possibly prepare for the job interview. With a B.Eng in Petroleum Engineering, 6 months industrial training (IT) in an Oil and Gas Depot (Dee Jones Petroleum & Gas- Downstream Operator Company), supplemented with an initial 3 months IT at Elf Petroleum Nigeria Limited (EPNL) and of course, one year construction experience during my National Youth Service corps -NYSC- I managed to build a resume that could sell my qualification, to my potential employer, as a Safety Officer.

My resume got to the company the next day as a late entry and my application was accepted. I got a phone call the same day to come for the interview the following day. But before the phone call, I had already started educating myself on company safety policies, precautions and whatever I could imagine of the required knowledge of a Safety Officer. The internet was the right place to go, so I went to the nearest internet cafe, and did some intensive research on Google. I printed every article I found useful until I was near satisfied to have acquired substantial information. Isn’t technology awesome? I did all this before submitting my resume.

Ready for the Job Interview

I revised my newly acquired materials and got ready for the job interview the next day. Simply and Neatly dressed in my shirt, trousers and tie on Friday morning (there was power failure and I was so broke I couldn’t get my Suite to a dry-cleaner), I was at the reception with about 18 other well dressed gentlemen and ladies on suite; some rehearsing their safety manuals and others waiting to have a good time with the interviewers. The job position was meant for two safety officers, so about 17 of us were destined to be disqualified.

I did my best to have a good interview session with the three-man interviewer. I can remember some of the questions I was asked and how I answered them. Let me share two that interest me. Though not in exact words but it’s just about that.

Question One: What role are you to play if you are offered the job as the Safety Officer?
While there are more technical job descriptions of a Safety Officer, I began by saying that among every other role, the major duty of a safety officer is to educate workers on safety precautions to take at every possible situation, since safety officers can’t always be at the right place at the right time, the call for environmental and industrial safety is in the hands of every individual…

Not so smart response, right? But before I could go on, one of the interviewers interrupted by saying I’ve already said what they wanted to hear. But honestly, if he hadn’t interrupted I wasn’t sure what direction to go from there.

Question Two: If you are in the field, and one of the workers suddenly slumps, you have no Idea whether he is alive or dead, what will you do at that instance as a Safety Officer in the field?
While responding to the question, I mentioned using mouth to mouth respiration to revive the victim and was asked to describe the process. I was about to round off my description when one of the interviewers cut in and said, “What about the nose?” I then realized that I forgot to mention closing the nose before breathing into the victim, but I quickly added that to my description as though it was intentional. I told him I was about to mention it before he interrupted but actually I had no idea until he reminded me.

None of the jargons I spent time reading from my material was asked. In fact, my response was purely based on a layman’s knowledge. But preparation gave me the confidence and an enthusiastic attitude gave me the edge.

One week later I got a call from the company that I have been offered the job. It was unbelievable.

I know you’ll expect this part to be where I tell you how I finally started my new job and on my way to the top. It didn’t turn out that way. Not all stories end with the hero riding on a horse to victory. The company promised to send me an appointment letter the following week. Weeks passed and no response came from them. I waited. Nothing shown up. I kept calling and each time, their response was that they were trying to put some things in place before my appointment. It was after a few more weeks that an insider I talked to told me what the deal was. The nephew to one of the top managers in the company just got out of National Youth Service- NYSC and needed a job. There happened to be no other position but the one I earned. So you guess right, I didn’t finally get the job. Ouch!

1. Rule number one for succeeding at a job interview- there are no rules.
2. Preparation is the key. It can never be overemphasized.
3. Don’t put limitations no yourself.
4. You don’t have to be a nerd or quote Einstein to make a good interview. Simple explanation is what your interviewer wants to hear.
5. Don’t feel sorry or helpless. Say what you mean and mean what you say.
6. Don’t approach the interview like it’s a do or die affair. Relax.
7. The best qualified candidate is not the one with the best academic qualification but the one with the right attitude. Don’t get me wrong academic qualification does matter but you need more than that to succeed in a dynamic world where only the fittest survives.

Ikenna Odinaka C. is a Writer, Career Development Professional, Entrepreneur, Educator and Investor. He is the founder of AfterschoolAfrica.com, AfterSchoolMedia.com and Edxtra.com. He has also co-founded other businesses in Education, technology and media industry. He is passionate about the future of work, entrepreneurship and helping young people explore opportunities to develop their financial capability. You can read his best content on AfterSchoolMedia.com and watch his insightful videos on YouTube

Apply for African Liberty Essay Competition- Win Up to $3000, books and scholarships Ifeoma Chime Jun 24, 2021
The University of Coimbra is granting Merit international awards in Portugal. The bursary is available for the…

Jun 24, 2021
Apply for the International Honours Scholarships at the University of Missouri and kick start your academic…

Jun 24, 2021
As part of its promise to continuously provide financial and business skills to female entrepreneurs, leading…

Jun 24, 2021
Journalism can offer so much more than coverage of the status quo: It can also point out solutions. Therefore DW…

May 17, 2021
While many companies are downsizing and going into a job surge, telecommunications seems as if it is not…
Popular Categories
More Stories