The African Centre for Media Excellence (ACME) is pleased to announce the call for entries and nominations to the Uganda National Journalism Awards 2018.

To be taken at (country): Uganda

About the Award: The Uganda National Journalism Awards are presented annually to recognise and promote reporting that informs and empowers the public, increases the voices and spaces for important information, and holds the powerful to account. Launched four years ago, the awards represent a pinnacle of achievement for Ugandan journalists, many of whom work tirelessly to attain journalistic excellence, often in the face of enormous financial and political pressure.

This year a new category, Breaking News, has been introduced to the Awards.  It recognises skill in storytelling, substance and completeness in covering an unanticipated, unplanned or developing new event within the day. The emphasis of this awards is not only on the ability of journalists to report under the pressure of deadlines, but on subsequent days, their ability to sustain reporting that illuminates key issues pertinent to the original event in a manner that provides context and depth.

Two categories were renamed, broadened or refined for clarity of description and scope. News Illustration is a new category that has been expanded from Editorial Cartooning to include news cartoons, comics, live sketches graphics and illustrations. What was previously the Photojournalism category has been expanded and renamed photo and video journalism to recognise excellence in visual storytelling. 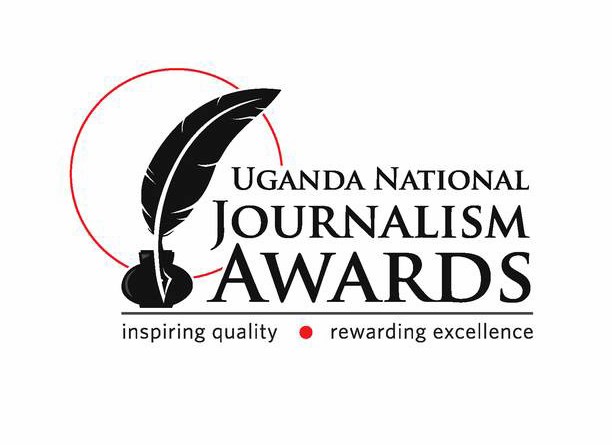 Eligible Fields: The Uganda National Journalism Awards 2018 will be given to the best reporting in 20 categories, namely:

Eligibility: The 2018 awards are open to all professional journalists working in print, television, radio and online news platforms in Uganda for stories published or broadcast between 1 January and 31 December 2017.

Value of Award: Both the winner and first runner-up in each category will receive a substantial cash prize. Plaques and certificates will also be given. A separate prize for exceptional journalism shall also be awarded to a participant in UNJA who exhibits extensive knowledge of his or her reporting beat, provides evidence of growth over the period of assessment, consistently produces quality work, and is highly regarded by others in the profession. Winners will be celebrated at a grand gala to be held in Kampala in May 2018. Additionally, winning entries will be published online and in a booklet to be distributed by ACME.

All submissions must have been published or broadcast in a Ugandan media outlet or a regional outlet with a substantial Ugandan audience during the 2017 calendar year. Web-based news organisations that follow a strict code of journalistic ethics and publish original reporting on a regular basis may also submit entries.

To submit an entry for the awards, visit the Entry Rules and Submission Guidelines page on the ACME website.

25 Things You Did Not Know About Studying In India

WMG Excellence Masters Scholarships 2020/2021 at University of Warwick for…

30+ Scholarships for African Students that will close in April 2020. Apply Now

Got Something to Say? Leave a comment Cancel reply

Ifeoma Chime Feb 21, 2020 0
Call for Applications of the Joint MA & PhD Program Global Studies (Peace and Security in Africa) of the…

Feb 21, 2020
WMG will be awarding over £750,000 in scholarships and bursaries to students commencing study on our full-time MSc…

Feb 21, 2020
The Collaboration for Environmental Evidence is pleased to announce our first ever travel bursaries for those…

Feb 21, 2020
The FHS Writing Lab, situated within the Department of Health Science Education (DHSE) in the Faculty of Health…

Feb 21, 2020
The Global Ambassadors Program (GAP) is designed for women entrepreneurs – providing mentorship, training and a…

One World Media Fellowship 2020 for Journalists in Developing…

Feb 20, 2020
One World Media Fellowship is aimed at aspiring journalists and filmmakers, who seek to make a career out of…
Research Grants

Ifeoma Chime Feb 20, 2020 0
The Junior Faculty Development program is the first program launched within the framework of the “Excellence in…

Feb 20, 2020
The Jaramogi Oginga Odinga University of Science and Technology (JOOUST) in collaboration with the African…

Feb 20, 2020
Makerere University (Uganda) and the Leibniz Universität - Hannover (Germany) with financial support from the…

Ifeoma Chime Feb 19, 2020 0
The Embassy of Israel invite you to apply for the Haifa University's Master of Child Development program. Full…

Feb 19, 2020
OSIWA only supports innovative interventions with effective strategies that respond to the broader deep-seated…

Feb 19, 2020
BFWG Prizes are awarded in competition to female 3rd Year Ph.D. students of any nationality studying at a British…

30+ Scholarships for African Students that will close in April 2020.…

Feb 18, 2020
We have compiled 30+ top scholarships for African/developing countries' students that have April 2020 deadlines.…

Feb 18, 2020
The Alexander von Humboldt Foundation is calling for applications for a German Research Chair for "Mathematics and…

Feb 18, 2020
The Digital Lab Africa call for applications is open to anyone from the field of digital content creation:…

International Students Study Loan – All You Need To Know

Feb 20, 2020
Table of Contents: INTRODUCTION- What is student loanTypes of Student LoansWhat are the Pros and Cons of…

25 Things You Did Not Know About Studying In Switzerland

Feb 19, 2020
INTRODUCTION In this article, we present the top ten universities to study Psychology in Canada. Our…
Blog Entry

Tsinghua University – All you need to know

Feb 18, 2020
Table of Contents: Introduction - Study in London overviewHow to apply for study in LondonHow much does it cost…

Feb 18, 2020
For students who are considering to study law in Canada, this article will briefly describe the top ten…

What is MCAT – All there is to know

Feb 18, 2020
Table of Contents: Introduction-what is MCATHow important is the MCAT exam?When should I take the MCAT…

Feb 13, 2020
A scholarship is every student’s dream. But scholarships do not come easy. And often there are stringent…
Blog Entry

How to Apply For Fulbright Scholarship – Tips To Apply To Win

Ifeoma Chime Feb 13, 2020 0
Getting enrolled to study in the USA is a dream for many students in the developing world. The processes involved…

Feb 13, 2020
INTRODUCTION In this list-article you will learn the top 30 universities in the world with the highest…

25 Things You Need To Know About Studying In Japan

Scholarship vs Fellowship: All you need to know

University of Michigan –All you need to know