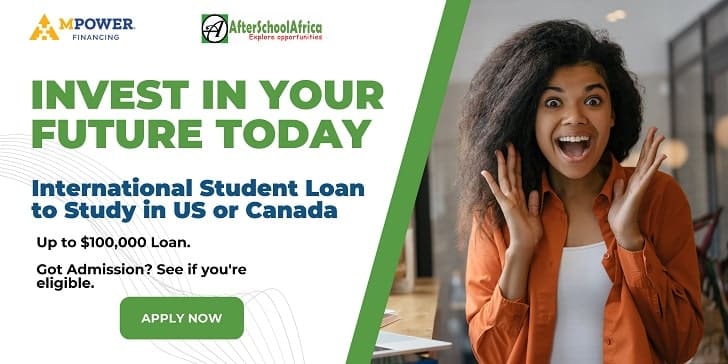 Studying abroad may not be so easy for some aspiring students. However, the gains of studying abroad far outweigh the costs. On a daily basis, so many Nigerians take decisions to move into countries abroad that offer more opportunities for good education and high quality of life.

Before taking the decision to study in a particular destination, Nigerians put certain factors into consideration like the tuition fee, standard of living, available post-study opportunities, cultural apprehensions, how much they are welcomed in such a country, and other factors.

Engineering has continued to be one of the in-demand courses for international students, nay Nigerian students. While the UK and the US have become the most sought-after study destinations, other countries like Germany, Canada, Australia, Singapore and others are gaining ground these days, with most Nigerian students applying for admission in their numerous universities. Although Nigerian students might find it a bit difficult to adapt to their study destination country, especially, in the area of language learning, engineering students are offered better opportunities to study and obtain their degrees abroad.

It requires at least three years to complete an engineering degree abroad. The major consideration before applying to study engineering abroad include visa application, tuition fees, school and scholarships. Other factors may be seen as a walk in the park.

With its assurance of safety, a fair income and great quality of life. Canada has become the number one study destination for the majority of Nigerians.

Each day, there are good job openings for engineering graduates in Canada, offering you a better chance to get employed as a student and/or after studies. As a result, most Nigerians make it their number one on the list of their study destination.

To further buttress this claim, in 2019, Nigerians ranked the fourth represented country among new permanent residents in Canada. Nigerians in Canada holding study permits are around 12 000. International students in Canada are offered the opportunity to work up to 20 hours per week while school is in session and 40 hours during the vacation period.

The average tuition fee for international undergraduate students is about $21 000 per annum.

The Mecca of higher education, the United Kingdom has harboured and trained millions of students of international origin. Each year, over a thousand international students across the world graduate from UK universities. The reason is not far-fetched though. British higher education promises a bright future to its students by offering them world-class education which makes them hotcakes upon graduation.

That said, the historical relationship between Nigeria and the UK helps to foster the acceptability of Nigerian students at UK universities. It is a common thing to find Nigerians on the streets of London.

Initially, the UK was the number one study destination for Nigerians until recently, when students of Nigerian origin begin to look for more favourable destinations that would offer them the same opportunity as the United Kingdom.

In the UK, living costs vary and it is dependent on individual student’s lifestyle, spending habits, budget as well as location. However, an average student is expected to spend at least $1 800 in cities like London, while in smaller cities, they can spend $1 500 per month.

Similarly, the tuition fees vary depending on the type of school, its location and the course of study. But an average fee for an undergraduate student in the UK is around $15 000 per annum; postgraduate tuition fees are between the range of $13 000 and $17 000 per annum. With the emergence of newer study destinations and visa rules constriction, studying engineering in the UK could become more fashionable.

It is a known fact that the United States of America is a hub for most of the best universities in the world. The recent world university rankings had about six of the American universities on the list of the top ten universities.

SAWISE Angus Scholarship 2023 for African Women in Science and Technology

The largest international students in the world are found in the American universities and Nigeria has a fair share of them with over ten thousand of its students enrolled in various US universities.

Most engineering programmes in the US are accredited by the Accreditation Board for Engineering Technology (ABET). The board ensures that the course meets the required standards. Ensure you start applying as early as one year prior to resumption for US admission because there is so much competition, with varying criteria for each school.

Like the UK, the tuition fees vary here, depending on the location as well as the course of study and type of university, whether public or private university. However, the tuition fee is estimated between $9 000 and $52 000 per year.

Germany is one of the best study destinations for international students. it is very cost-effective to study in the country because most university and college educations are state-funded.

Germany is one of the leading destinations in the fields of research, science and technology. There is no university-funded scholarship in Germany, though you can find a number of scholarship awards by private or public institutions and these scholarships mostly cover only the cost of living and books.

If you choose to study engineering in Germany, it is advisable to go for IT, Automation and Mechanical Engineering. Many Engineering Universities in Germany offer internship opportunities to students which help them to place their foot on the right door in the industry.

Most programmes in Germany are taught in English language, making it very easy for a Nigerian to study in the country. However, it would be advisable for you to learn German as the knowledge of the German language offers untold openings for international students, especially for those willing to work during or after their studies. By the way, German language courses are offered for free in the country.

For students willing to work, you are permitted to work for 90 days or 180 half days in a calendar year. Campus jobs are exempted from this condition, unlike the US. In the space of five years of working full time in Germany, you can obtain a Permanent Residency (PR).

Living in Germany is fairly inexpensive compared to other European countries. Students spend an estimation of $950 per month on living expenses. Most German universities are state-owned, which means that you can only pay an administrative fee and that costs around 100 – 350 EUR per semester. The fee covers student organisation services and enrolment.

Singapore is a leading country for studying engineering abroad. The country has some of the world’s engineering breakthroughs, with its focus on sustainable developments.

The presence of outstanding universities, world-class exposure and affordable cost of living make the country reasonably easy in the pocket for Nigerian students longing for foreign education. Numerous scholarships are also made available to international students, though they are quite competitive. The admission process is also simpler when compared to other Western destinations.

These are the 10 Highest Paying Engineering Jobs in the World

Universities worldwide have seen a rise in the number of Nigerian students enrolling for degree programmes away from their home country. It is obvious that one of the main reasons for this constant migration is that the Nigerian job market appreciates degrees from top international schools when compared to local schools in the country. Most of these abroad universities also provide quality higher education with good learning facilities and considerable focus on research. As an engineering student, studying abroad will never leave you in regrets as numerous opportunities abound over there.

SAWISE Angus Scholarship 2023 for African Women in Science and Technology

US Government TechWomen Program 2023 for Women in STEM (Science, Technology,…