How Dr. Curtis dealt with Fear of Public Speaking – if He Could, Anyone Can

Do you get those butterflies swimming around your stomach when you are called upon to speak before a group? That dreaded nervousness; the trembling knees? If yes, then you are in good company. You are simply as human as most of us.

A group of market researchers asked 3000 people the question: “What are you most afraid of?” Here was the order in which the response came:

The fear of speaking in public is considered the biggest fear for most people. In fact even the most famous speakers agree that they still get that stage fright until get on stage. The good news is that many people have been able to master their terror of speaking before an audience.

Even after I had been speaking publicly for years, I still struggled with fear. Even when I was well-prepared. This happened nearly every time I spoke. – Michael Hyatt

Abraham Lincoln was a mere farm boy from Kentucky, reported to be shy and awkward. Some people believe he had Social Anxiety Disorder. How did he go from delivering calves to delivering the Gettysburg Address? Do you think he was nervous before speeches? Yes he was!

Today I’m going to tell you a story of Dr. Curtis, as told in Dale Carnegie’s book – Public Speaking for Success – and then invite you to see how ordinary people like you are taking the step towards becoming the masters of this career killing enemy.

A Brooklyn physician, whom I will call Dr. Curtis spend the winter in Florida near a baseball training ground. Being an enthusiastic baseball fan, he often went to see them practise. In time, he became quite friendly with the team, and was invited to attend a banquet given in their honor.

After the coffee and nuts were served, several prominent guests were called upon to “say a few words”. Suddenly, with the abruptness and unexpectedness of an explosion, he heard the toastmaster remark: “We have a physician with us tonight, and I am going to ask Dr. Curtis to talk on a baseball player’s health.”

Was he prepared? Of course! He had had the best preparation in the world: he had been studying hygiene and practicing medicine for almost a third of a century. He could have sat in his chair and talked about this subject all night to the man seated on the right or left. But to get up and say the same things to even a small audience, well, that was the paralysing matter.

His heart doubled its pace and skipped beats at the very contemplation of it. He had never made a public speech in his life, and every thought that he had now took wings.

What was he to do? The audience was applauding. Everyone was looking at him. He shook his head. But that served only to heighten the applause, to increase the demand. The cries of “Dr. Curtis! Speech! Speech!” grew louder and more insistent.

He was in positive misery. He knew that if he got up he would fall, that he would be unable to utter half a dozen sentences. So he arose, and without saying a word, turned his back on his friends and walked silently out of the room, a deeply embarrassed and humiliated man.

Now, hear the height of the story. The first things he did after getting back to Brooklyn was to enrol in Dale Carnegie’s public speaking course. He didn’t propose to face that embarrassing situation and be stricken dumb a second time.

He was the kind of student that delights an instructor: he was in dead earnest. He wanted to be able to speak, and there was no half-heartedness about his desire. He prepared his talks thoroughly, practised them with a will and never missed a single session of the course.

He did precisely what such a student always does; he progressed at a rate that surprised him, that surpassed his fondest hopes. After the first few sessions, his nervousness subsided, his confidence mounted higher and higher. In two months he had become the star speaker of the group.

He was soon accepting invitations to speak elsewhere; he now loved the feel and exhilaration of it, the distinction and the additional friends it brought him.

A member of the New York City Republican Campaign Committee, hearing one of his public addresses, invited Dr. Curtis to stump the city for his party. Can you imagine that?

How surprised that politician would have been had he realized that, only a year before, the speaker had gotten up and left a public banquet hall in shame and confusion because he was tongue-tied with audience-fear.

Dr. Curtis is proof to us that anyone can master their fear of public speaking with practice.

When a young man who aspired to study law wrote Abraham Lincoln for advice, Lincoln replied: “if you are resolutely determined to make a lawyer of yourself, the thing is more than half done already… always bear in mind that your own resolution to succeed is more important than any other thing”

What are you going to do next?

Let me invite you to a cool and friendly place where people like you go to self improve.

An environment where you are accepted the way you are and encourage to get better.

A place where you meet and network with growth oriented individuals like you. 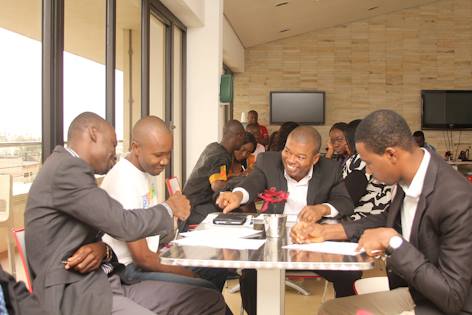 Lighthouse Toastmasters is a local branch of the prestigious Toastmasters international club, based in Lagos. Members learn to prepare and give speeches to improve their public speaking skills and build self confidence, in a supportive and friendly environment – this is what makes toastmasters club attractive for first comers.

In fact during my first speech, I forgot to introduce myself and greet the audience. I rammed through the speech like a drunkard on the loose. But it was perfectly ok. There is always love in the air. 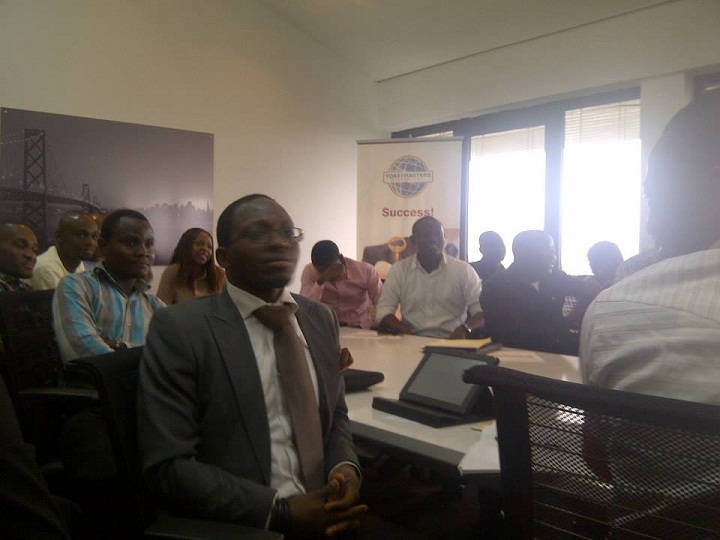 You also get to develop leadership, communication and networking skills.

At toastmasters, we believe in working on ourselves as individuals and subsequently influencing our environment with the spirit of excellence.

Members are made up of students, graduates, professionals, bankers, educators, industry leaders, entrepreneurs, even public speakers. As a guest, you are invited to come and observe the meeting without speaking. If you enjoy the meeting and decide to join at your convenience, then you are welcome to join.

Make it a date with us!

Visit the website to learn more about Lighthouse Toastmasters Club