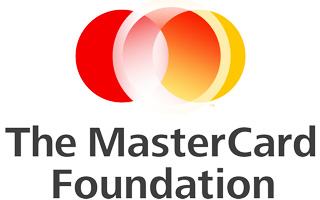 “The MasterCard Foundation Scholars Program will develop next-generation leaders who will have a transformational impact in developing countries,” said Reeta Roy, President and CEO of The MasterCard Foundation. “McGill University, University of British Columbia, and University of Toronto bring tremendous expertise to our vision. The diversity and excellence of their institutions will offer Scholars an extraordinary opportunity for learning and exchange of knowledge.”

McGill, UBC, and U of T now join 12 other university and secondary education partners from around the world. These partners were selected based on their academic excellence, nurturing environments, and programs relevant to economic growth sectors in Africa.

“We are absolutely delighted to participate in The MasterCard Foundation Scholars Program, and thereby build powerful strengths for Africa and Canada, supporting the development of next-generation African leaders, side-by-side with our scholars from across Canada and around the world,” said Heather Munroe-Blum, Principal and Vice-Chancellor of McGill University. “The Program will allow McGill to further express its strong and longstanding ties with Africa and its commitment to diversity, excellence, and international engagement, while enriching the learning and research that takes place in our own community.”

University of British Columbia President Stephen Toope said, “Canada’s social and economic links to Africa are perhaps our greatest source of long-term opportunity.  The University of British Columbia is building deep connections across the continent through research, transformative learning opportunities, and community engagement. The UBC community will be enriched by the talent, experience, and insights of UBC’s new MasterCard Foundation Scholars who will open up new perspectives on the future of global security.”

“We’ve all seen Asia blossom on the world stage.  Now, as the visionaries at The MasterCard Foundation have seen, it’s Africa’s turn,” said University of Toronto President David Naylor.  “That’s why I am so pleased that the University of Toronto will be participating in The MasterCard Foundation Scholars Program.   The Program will help us recruit some of the best and brightest students from Africa.  They will join over 430 students from 31 countries in Africa currently studying at U of T.  And these young leaders will not only play a part in the ongoing rise of Africa, they will also be bridge-builders between that continent and Canada.”

The Program goes beyond traditional scholarships. It offers Scholars comprehensive support throughout their education, which includes:

Study in Canada: Lester B. Pearson Scholarship Program 2023/2024 for International Students at University of Toronto

The African Scholars in Canada will join a peer network of MasterCard Foundation Scholars around the world who share a commitment to giving back to their communities. Together, they will be unified by a common philosophy of change and ethical leadership, and will drive economic growth and social transformation.

The MasterCard Foundation has also engaged an evaluation firm to track and measure the impact of the Program over the next 10 years.

Founded in Montreal, Quebec, in 1821, McGill is a leading Canadian post-secondary institution. It has two campuses, 11 faculties, 11 professional schools, 300 programs of study and some 38,000 students, including 8,800 graduate students. McGill attracts students from over 150 countries around the world, with more than 7,700 international students making up 20 per cent of the student body. Almost half of McGill students claim a first language other than English, including more than 6,700 with French as their first language. For more information about McGill University: www.mcgill.ca

About University of British Columbia

The University of British Columbia (UBC) is one of North America’s largest public research and teaching institutions, and one of only two Canadian institutions consistently ranked among the world’s 40 best universities. Surrounded by the beauty of the Canadian West, it is a place that inspires bold, new ways of thinking that have helped make it a national leader in areas as diverse as community service learning, sustainability, and research commercialization.  UBC offers more than 56,000 students a range of innovative programs and attracts $550 million per year in research funding from government, non-profit organizations, and industry through over 8,000 projects and grants. www.ubc.ca

About University of Toronto

The University of Toronto is a vibrant and diverse academic community. It includes 80,000 students, 12,000 colleagues holding faculty appointments, 200 librarians, and 6,000 staff members across three distinctive campuses and at many partner sites, including world-renowned hospitals. The University is one of the most respected and influential institutions of higher education and advanced research in the world.  Just last month, the U of T was ranked 16th in the world in the prestigious Times Higher Education World Reputation Rankings.  The University is also consistently rated one of Canada’s Top 100 employers, and ranks with Harvard and Yale for the top university library resources in North America. www.utoronto.ca

Roundtable Discussion: On April 22nd, 2013, the Presidents of The MasterCard Foundation, McGill University, University of British Columbia, and University of Toronto will be participating in a Roundtable discussion on Education Partnerships between Canada and Africa hosted by His Excellency the Right Honourable David Johnston, Governor General of Canada, at Rideau Hall, in Ottawa. For more information on this event, please visit: http://www.gg.ca/document.aspx?id=15039&lan=eng.

Study in Canada: Lester B. Pearson Scholarship Program 2023/2024 for International…

Medicine Vs Engineering Which Is Better: Career Comparison

Cheapest Medical Universities in the World for International Students