This article was submitted by Maria Rainier

Today, elite universities across the world are banding together to promote and provide global, democratized education through Massive Open Online Courses – MOOCs. Some African students are already benefiting. Earlier this month, the Udacity blog featured photos highlighting meetups from across the globe, including the Open University of West Africa.

Meetups are organized by Udacity students who live in the same area. The students “meet up” with each other to discuss lessons and to lend real-life support and encouragement to their virtual classmates.

While the MOOC potential for high-quality global education is appealing and exciting; there is one significant problem standing in the way of Africa’s role in the revolution: Many Africans currently lack Internet access. Earlier this year, 11,000 students showed up for open enrollment at the University of Johannesburg. Because of South Africa’s unreliable postal service and limited Internet access, these students had no choice but to appear in person to ensure their application was submitted.

South Africa is a quintessential example of this challenge. As the powerhouse of the African economy, it could be assumed that the population could afford the additional expense of Internet access and would; therefore, be leading the continent in usage. However, recent studies show that money isn’t the only barrier Africans face in terms of Internet access.

The State of Broadband poll showed that only 1.8 percent of the South African population used a fixed broadband connection in 2011, a figure that trailed the Egyptian broadband statistic of 2.2 percent. However, a majority of South Africans own a mobile phone, and recent information shows that 8 million South Africans regularly access the Internet using their mobile devices. 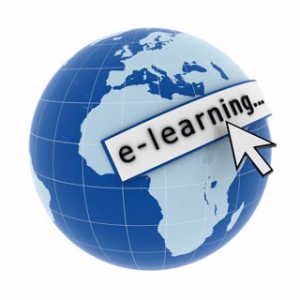 Even with mobile Internet connections at 19.8 percent, only 21 percent of the South African population who were surveyed actually use the Internet. Other statistics say that South Africa’s Internet penetration is even lower – at 17 percent. The same poll, conducted by Arthur Goldstuck from World Wide Worx, showed Kenya and Nigeria to be surpassing South Africa in terms of Internet usage.

High costs, lack of interest/time, and limited technological knowledge are the three additional factors that describe over 40% of the population’s views on why they don’t use the Internet. In an article on voanews.com, Goldstruck (World Wide Worx) explains that the government in Africa plays a vital role in encouraging the spread of Internet access.

“…in countries like Morocco and Tunisia…also Indian ocean islands like Mauritius, you see a far greater eagerness from regulators and government itself to have technologies rolled out, to bring communications to the widest possible range of people, as opposed to looking after vested interests.

And, it’s those vested interests, or policy interests, that tend to hold us back. It becomes a political process, instead of a technology and licensing process,” Goldstruck was quoted as saying in the article.

Goldstruck did not elaborate on which vested interests are prohibiting technological advancement in communications in South Africa, but an opinion piece written by Muzi Makhaye that was posted on TechCentral.co.za highlights low-quality subsidized products as a leading factor in the nation’s reluctance to embrace subpar products in order to participate in a digital trend.

Another deterrent to South African Internet users is that there is little relevant content. On a larger scale, it is estimated that only .4% of online content is generated in Africa, which means as few Africans who are accessing the Internet, there are even fewer African voices being heard online. E-commerce in Africa is practically non-existent.

There are hopes that open content and online courseware will change Africa’s relationship with the Internet. With a strong history of distance learning – UNISA has over 160,000 students – and a significant shortage of opportunities in higher education, South African students are primed and ready to take advantage of quality information provided in MOOCs. However, the South African government must also make strides in its own indigenous efforts to promote higher learning and encourage technological advancements before global efforts like MOOCs can have a widespread effect.

Maria Rainier is an advocate of open education and online learning who writes for an online degrees blog. To reach Maria, you can comment below. She loves receiving feedback from her readers.

Ikenna Odinaka C. is a Writer, Career Development Professional, Entrepreneur, Educator and Investor. He is the founder of AfterschoolAfrica.com, AfterSchoolMedia.com and Edxtra.com. He has also co-founded other businesses in Education, technology and media industry. He is passionate about the future of work, entrepreneurship and helping young people explore opportunities to develop their financial capability. You can read his best content on AfterSchoolMedia.com and watch his insightful videos on YouTube

10 Important Reasons Why You Should Study in the UK

Sarah Aboje Jan 24, 2022
The United Kingdom is a great study abroad option for international students - These facts would help you in your…

Jan 24, 2022
Are you passionate about studying Engineering in Canada but do not know the best engineering schools in Canada to…

Jan 24, 2022
The Mark Wainberg Fellowship Programme, an initiative of the IAS Educational Fund,  is aimed at contributing to…

After School Africa Jan 13, 2022 0
Looking for masters scholarships in USA? Look no further, we have put together a comprehensive list of…

Free Tuition Universities in Canada – Do they exist?

Jan 2, 2022
Looking for scholarships in Sweden for international students? You just found it. Swedish government ceased to…